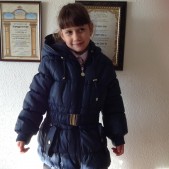 I want to tell you a story about our neighbors, we'll call them the Levi family. I've know Mrs. Levi since we both moved to the neighborhood many years ago. Mrs. Levi grew up in Canada and moved with her high school sweet-heart, now husband to Israel for ideological reasons. She is kind, intelligent, soft spoken, generous and hardworking. Her husband is also hard working but his salary simply is never enough to pay the mortgage, utilities, tuition, and still have enough left to provide ample food and clothing for the family. Simply put, the Levi's are poor. One time Mrs. Levi called and asked me timidly if I might have some leftover food that she could feed her toddler, as they had run out of food and couldn't yet buy more. I gladly sent her some chicken soup and arrange to collect a bag or two of groceries from the neighbors to help her get by. All of the neighbors contributed, even though they too were living on very tight budgets. Most of the neighbors here were living so frugally that if I cooked a meat meal during the week I would close the windows so that my neighbors who could only afford meat or chicken for Shabbos would not smell our dinner and feel bad or jealous.
One time one of our neighbors called me to tell me that the Levi's had only eaten rice for the past week as they had nothing else, but as long as there was rice they didn't feel that it was necessary to turn to anyone for help. Now that the rice had run out Mrs. Levi had asked the neighbor for help. Again we collected some food and money and sent them over.
In recent years many of the families in the neighborhood have achieved more secure livelihoods. The Levi family gets food boxes from Yad Eliezer and the older daughters babysit regularly to supplement the family's budget. As far as I can see the family is eating properly, but new clothing from a store is not part of their reality.
Each holiday I sew new clothing for my three daughters. While buying three holiday dresses would be a stretch for my budget, fabric is within our reach, and my daughters and I enjoy designing and sewing the clothes. Occasionally when I find nice items on sale I buy them new. It isn't terribly unusual for my kids to have a new garment, which of course gets the attention, oohs and aahhs of the other neighborhood girls. I have taught my girls to likewise compliment their friends the Levi girls' new clothing even if it is clear to them that it is second hand.

The one item that I have rarely bought for my children is winter coats. We have cousins in Los Angeles who can afford good quality clothing and have been sending me their winter coat hand-me-downs for years. Since the second hand coats that they send are so much better than what I can afford or even find locally, that's what my kids have been wearing. Some of those coats have been worn by all three of my girls consecutively. The winters in Los Angeles are milder that our winters, but an extra sweater does the trick.
Last week something unusual happened. All of the Levi girls got new coats. Gorgeous, warm, good quality, stylish, expensive, simply lovely new coats. And my daughters were jealous.
They asked, no begged me to find out where they had bought the new coats and buy for them as well. They tried on their friends coats, reveled in their warmth and admired their style. They asked their friends where they gotten the coats so that they could drag me to the store to buy them for them as well. But alas it was not to be. Even if I could afford them, no store in my area carries coats of such high quality.
The Levis had received their coats from a neighbourhood volunteer who had received them from Yad Eliezer. Those coats were three of five thousand that had been lovingly designed and manufactured in a process that began last May and involved donors, volunteers and staff, some of whom who traveled to China in order to insure that the absolute best quality coats at the lowest possible prices would reach the greatest number of disadvantaged Israeli children at the beginning of the cold season.
My girls didn't get the lovely winter coats that their neighbors have, but they learned a most valuable lesson that I hope lasts a lifetime.
They learned how their neighbors feel each time they see other children with new clothing that they can't have. They learned that the fact that they often have more than some others doesn't mean that they are better, more important or more special that anyone else. And they learned to be happy for another's good fortune.
Yes, these are very valuable coats indeed.