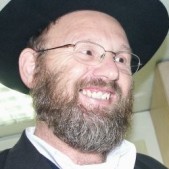 The Fight for Hope

Yitzchak Weingott had been a teacher with three small children when cancer changed his life: “It was Erev Succot, 1993. I couldn’t speak, I had lost 88 pounds, I was in constant pain, and no one knew what it was.”

Pricey specialists had led Yitzchak on a wild goose chase. One doctor’s visit turned into another, and he kept coming up against brick walls. Hospital bureaucracy, complex new concepts and terminology, and sheer emotional strain were pushing Yitzchak to the brink. He knew no one to turn to as he tried to navigate the strange new world of serious illness. Finally, eight doctors later, the grim diagnosis came to light: Yitzchak had one month left to live.

“My immediate reaction was to go to the Kotel and pray,” Yitzchak says today. “I increased my simchat chaim, my joy in life.” And, of course, a series of extremely complex surgeries and chemotherapy treatments began.

Miraculously, the single month the medical establishment had allotted Yitzchak stretched lengthier and lengthier with aggressive treatment. Perhaps more miraculously, during his months in the oncology, haematology, and bone marrow wards in the Hadassah Ein Kerem hospital, Yitzchak tried to maintain a presence in his family’s life.

Functioning as a father meant waking his son up for school every morning. Yitzchak tried to continue to do that – from hospital bedside telephones. Staying together as a family meant celebrating Shabbat together. Now that meant Dad coming home in a wheel chair or hooked up to an IV. Confusion and frustration at the myriad of unfamiliar medical protocol and lingo continued as new decisions loomed through the days, weeks, and months of Yitzchak’s fight to survive.

Twelve months later, Yitzchak was taking a walk through the hospital corridor after a CAT scan when a doctor walked up and grabbed him by the shoulder. Though cautious hope had blossomed as the months went on, Yitzchak still could not know what to expect.

“Mazal tov!,” the doctor exclaimed. “You have been given a new life!”

The CAT scan had revealed Yitzchak’s complete recovery. Rooted to the spot, Yitzchak burst out in tears and began reciting Nishmat, a prayer of gratitude, right there in the corridor.

Sixteen years later, Yitzchak Weingott’s smile continues to light up the hospital corridors of Hadassah Ein Kerem. “When I got well, I couldn’t forget the suffering the patients were going through, spiritually, physically, emotionally,” he explains. “I began to visit the hospital as often as I could to tell people my story so that they would have hope for their own recovery.” Being a veteran of the bureaucratic maze of hospital protocol, Yitzchak also began giving other patients another priceless service: a thorough and willing explanation of the many new terms and concepts being thrown at them. It was the gift of clarity, and the gift of friendship. Thanks to Yitzchak, Hadassah cancer patients and their families began to discover that they weren’t alone.

Though the need for Yitzchak’s unique medical support services was greater than one man was able to provide, Yitzchak strove to spend as much time with patients as possible. “I just didn’t want to see them go through what I went through,” he said. One day, Yitzchak’s friend and neighbour, Yaacov Weisel, offered him a solution: Yitzchak’s volunteer work could become a part of Yad Eliezer, Israel’s largest charity, and support would be provided to expand the medical support services as needed. With that offer, the Yad Eliezer Medical Support Services program began.

Today Yitzchak heads a team of forty volunteers trained to provide the explanations, the friendship, and the support that cancer patients and their families so critically need. The program maintains close relationships with hospital specialists, allowing treatment to be greatly expedited for those seeking it. Patients may borrow medical equipment and medications free of charge thanks to the program’s equipment and medication loaning bank. Special attention is paid to the details, such as cake and candy visits every Friday before Shabbat, and quick, frequent SMS messages letting families know that they are cared for and have not been forgotten even after their beloved has passed away.

“We’re with the family until the very last minute, and even afterwards,” Yitzchak explains. The program has earned recognition via several national prizes and other accolades. When I ask Yitzchak how he manages to carry the weight of hundreds of cancer patients and their families on his shoulders, he replies simply, “It is a privilege, not a burden, to help people.”