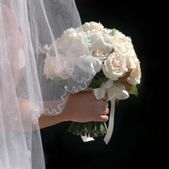 A Different Kind of Double Date

Something Special for a Bride in Need


At Yad Eliezer we know and appreciate that our donors are the reason we are able to do the work we do. To that end we’re constantly moved when we hear stories of kind-hearted contributors who want to do something special-something meaningful, to m’sameach (bring joy to) the lives of people in need. Every story-and there are a lot of them- is wonderful and sometimes one of them will especially stick out...

Batya was familiar with Yad Eliezer. She knew about our many different programs and how each one of them works to help impoverished people who struggle with various types of need: a mother has just given birth to twins, but with several other kids at home to feed, can’t afford baby formula? Donations to Feed A Baby can help with that. The father of a nine year old boy left his family years ago and there’s no one for him to learn or go to shul with? A Big Brother can work to fill in some of the gaps. Batya was familiar with Yad Eliezer and she wanted to do something special.

Batya decided she would like to sponsor the wedding of a new couple-a couple who couldn’t afford even the most basic wedding of their own. She knew that through Adopt A Wedding, she would be able to bring tremendous joy to a bride and groom who likely, were quite worried about their big day; worried, when they should have been excited. Happy with her decision, she chose the date on our wedding calendar - December 22 - and made the arrangements.

The big day finally arrived and though Batya didn’t know the bride and groom personally, her excitement increased as evening approached. She reached the hall and just as she predicted, there sat the bride-beautifully greeting her guests, and taking breaks to daven from her siddur. Batya walked over and wished her warmly, “Mazel tov! You should build a bayis ne’eman b’Yisrael”. The kallah was beaming! Batya had been to many weddings but was sure she had never seen a bride so happy-her eyes lit up and she said “Thank you-may it be soon by you!” as she received the wishes. Batya was thrilled-she felt elated to have been a part of bringing such pure simcha to someone else. The feeling was like no other, and it remained with her long after the evening was over.

Time passed and several months later, Batya had some exciting news to share with her family-she was engaged! The wedding date, June 15th, was not far away. There was so much to do! So many preparations to make! It was a hectic time, but such a happy time-running, shopping, choosing...Suddenly, amid all the craziness and preparations, Batya stopped. She thought back to the kallah from months ago-how happy she had been at her wedding, how her face had been radiant with joy-not a trace of worry to be found. Batya knew what she wanted to do. She knew which preparation needed to be made next:

“Hello, Yad Eliezer? I’d like to sponsor a wedding on June 15th.”