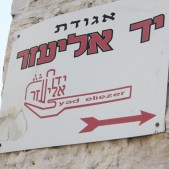 It was just a standard audit. Every charity is legally obligated to have one every few years. But in Israel, even a standard audit can be nerve-racking. The smallest of accounting mistakes can mean legal issues, months of paperwork, and fines escalating into the thousands.


Yad Eliezer is among the large non profit organizations in Israel , so this particular audit took a long time. Papers were pulled out of files and documents were scrutinized. Brows were furrowed and glasses were pulled off to rub at weary eyes. As one of the top Israeli charities fighting hunger in Israel, Yad Eliezer works in over seventy cities across the country, running more than twenty programs that impact every strata of Israeli society. That's to say nothing of the hundreds of neighborhoods where aid is offered, or the thousands of volunteers ranging from secular farmers in the Golan to religious housewives in Jerusalem who pitch in to help.

It was going to be a long few days.

But a little less than a week later, the two auditors stepped into director Dov Weisel’s office. The moment of truth had finally arrived. As a Charity Navigator 4-star winner for the sixth year running, Yad Eliezer is internationally recognized and respected for its integrity. Would the state of Israel concur?

Nobody said a word. Dov looked at the auditors. The auditors looked at Dov. Then one of them put his hand on the table.

“We have discussed what to do at this point,” one of the auditors said. “This isn’t a situation we encounter very often.”


The second auditor shook his head somberly. “No, this is certainly not a situation anyone at our office encounters very often.” He glanced at his friend and gave a slight nod.

The first auditor turned to Dov with a smile. “We would both like to set up ongoing donations to Yad Eliezer from our personal accounts. We've rarely seen charity work carried out as honestly and effectively as you do.”

Guess who came to visit Yad Eliezer's warehouse a few weeks later, to pack food boxes? An office-wide group from the division of the Israel Auditors’ Council.

And nothing about it was nerve-wracking.

Be a part of something great! We always need eager volunteers, contact us to arrange a time to pack food boxes. Check out our programs, here.