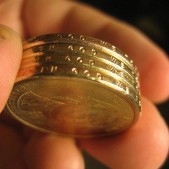 How to Make a Ten-Year-Old Smile

Remember Robin Treistman? She’s the one whose creative charity projects made her kids’ bar and bat mitzvah parties such a splash. The technical editor of the Knesset website, she’s already used to the teasing compliments: “So, we just got the invitation to your next family simcha. What will we all be doing this time?”

Since her daughter’s bat mitzvah in 2005, Robin has been donating some 10,000 NIS to Yad Eliezer every Hanukkah. But this isn’t any regular donation – this is Robin Treistman. A week or two before the money is delivered to the Yad Eliezer offices, Robin has all her kids invite their best friends over for an afternoon of candy, ribbon, and organza. 10,000 shekels in cash is divided up into four hundred individual organza bags of twenty five shekels a piece. The pretty little gift bags are stuffed with candy, tied with ribbon, and labeled with a Hanukkah greeting.

Robin begins receiving the thank-you letters and stories about a month later. One eight-year-old girl, upon receiving her Hanukkah gelt, wrote to thank Robin because “now I won’t be cold any more. I am going to give the money to my Ima to buy me a blanket.” A ten-year-old boy thanked the Treistmans because, “I couldn’t buy myself a pen. Now I will be able to buy a pen to write my chiddushei Torah, my original Torah ideas.”

Milka distributes the money via a network of volunteer drivers from all over the country. A living facility for small children from severely abusive backgrounds in Southern Israel receives several dozen gift bags. An orphanage for Russian girls receives another several dozen. Throughout Israel, other hand-picked, tight-budgeted children’s institutions thank Yad Eliezer’s drivers profusely as the much-needed Chanuka gifts are delivered to their doors.

And some Milka distributes in person. “Every little girl and little boy has a dream, a dream of what they would do if they just had a little something to call their own. From their reactions, you would think that receiving twenty-five shekels was like winning the lottery. These children have nothing, nothing. Barely the clothes on their backs. One boy, a ten year old I can’t forget, told me that his little gift bag made him remember when his mommy was alive and they used to have Hanukkah at home. Since she passed away and his dad fell apart, he just goes from foster home to foster home.”

Join Robin and make this Chanuka mean more. Light up a life with Yad Eliezer. You deserve to have a little ten-year-old breaking out in a smile and thanking you. 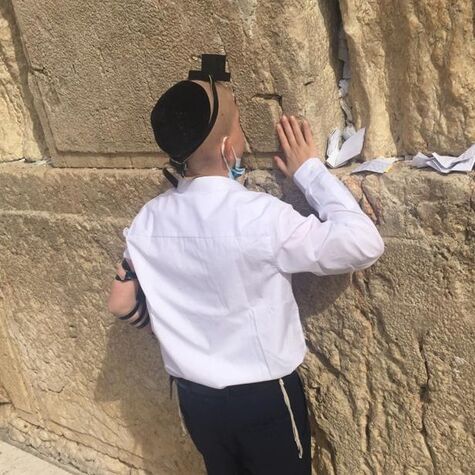