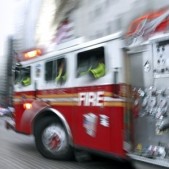 I little over a month ago I was asked to translate the following letter. My heart broke for the family that would be struggling to rebuild from the ashes- literally.

“This past Friday, July 6th, the community of Ofakim woke up to smoke and sirens. Before long, but after it was too late, everyone knew that a disaster had taken place. The home of the Lander family had burnt.

The father R’ Abraham had gone to pray, as his wife and children continued to sleep in the early morning hours. Miraculously the toddler woke up and screamed, waking his mother. She opened her eyes to see large flames filling her bedroom. She quickly grabbed the baby and the other children and ran out of the house, as it was clear to her that it was beyond her ability to put out the fire at that point. Amidst screams and terror the family stood outside in their pajamas and watched their house burn.

Thankfully the fire fighters were able to put out the flames, and none of the family members were injured. However they were left with a shell of a home, with most of their possessions destroyed.

The parents' room was consumed in its entirety: the beds, towels, linens, suitcases, the parents' entire wardrobe, and the winter wardrobes of the entire family which were stored in that room. In the adjoining rooms the damage included mattresses, beds, an air conditioner, a couch and more of the children’s’ clothing. A large freezer that they had recently purchased after much saving was completely ruined.

Aside from their possessions that must be replaced, the Lander family has other looming expenses to recover from the disaster. The house must be gutted, the debris removed, and the electricity, plumbing and bathrooms need to be replaced. The family will need money to rent living quarters until repairs have been completed.

The Lander family has been blessed with numerous children, two of them with Down’s syndrome.”

After writing the letter that would be forwarded to some of Yad Eliezer’s generous donors, I was glad to have done something to help them, but I couldn’t stop thinking about the parents struggling with a family and two special children away from their home with almost none of their possessions through the drawn out process of rebuilding.

Yesterday I spoke to a community activist who had turned to Yad Eliezer on behalf of the Landers. It’s hard to describe how I felt when I heard him speaking, “Yes, the Landers have moved back into their home. In less than a month all of the renovations were completed, much to the credit of Yad Eliezer. When the tragedy happened, it took a few hours until we contacted Yad Eliezer. Within a matter of hours the staff called me to tell me that an amount was being transferred on their behalf. Then sooner than I expected again I received a call that more money was on the way. It meant so much to us to know that the staff and donors of Yad Eliezer were concerned about us, going the extra mile to let us know that we are not alone, we have the support to recover and move on. It was thanks to that generous support that we were able to hire a full crew of workers to get the job done in a number of weeks.”

I love the stories that have happy endings; when well timed and well placed support can really get a family back on their feet.

As the Jewish New Year approaches, we remember that the Sages teach us about three things that we can do to help guarantee for us a good year: repent from our misdeeds, pray, and give charity. I am happy to know that I had a small portion in helping the Landers.