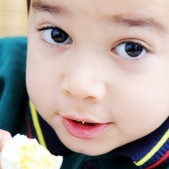 Poverty in Israel- The Latest Statistics


In 2010, Israel became a member of the OECD (Organization for Economic Cooperation and Development), the world’s largest international organization for developed countries. The OECD measures financial statistics in its member countries with the hope of benefiting all involved.

The statistics about Israel are shocking. Israel has the highest poverty level of all of the member countries including: Mexico, Chile, Turkey, and Korea. In fact the poverty level in Israel was nearly twice the average of the other countries. The numbers are staggering, and the children suffer most of all. All 837,300 of them, over a third of all of the children in Israel.


The Brookdale Institute Facts and Figures 2012 also found that 36% of households had difficulties meeting the monthly household expenses such as food, electricity, and telephone, including 8% that were not at all able to do so. In 2009, 28% of adults reported foregoing dental care at least once in the past year due to cost. Among low-income groups the rate was 38%

These numbers are absolutely heartbreaking. Thank you for partnering with Yad Eliezer so that together we can do our utmost to improve the lives of Israelis below the poverty line.

(statistics from Brookdale JDC Facts and Figures on Israel 2012)