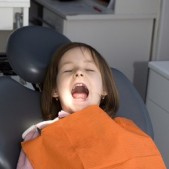 In the previous blog, I brought some statistics on poverty levels in Israel. One detail that particularly stands out is that 38% of Israelis in lower income brackets suffer from dental problems, but can’t afford to deal with them. Israel recently included dental work for children up to age 12 in the healthcare coverage, which makes a huge difference for many families, but adults are left to manage on their own.

Leah was not managing. A single mother whose daughter suffered from kidney disease, and whose son had special needs, both of them needing weekly medical visits to different hospitals in different cities, Leah had no time, money or energy left to care for herself. Her dental problems were the lowest on the priority list until she could not longer function. Every moment was dominated by searing agony. Eventually she turned to Milka at Yad Eliezer. Milka contacted a local dental clinic who offered a subsidized price for the extensive dental work that Leah needed. She then was able to find a donor to cover the expense. Leah still has a heavy load to carry, but at least she has the presence of mind that comes from living with dignity and without pain.

Miriam awoke in the middle of the night from footsteps in the kitchen. Nervously she tiptoed onto down the hall. From the door of the kitchen she saw her son wreathing in pain and clawing at his jaw. When her son realized that he wasn’t alone, he quickly composed himself and pretended that he was just taking a drink of water. Miriam asked him what was troubling him. He quickly broke down and told her that his teeth had been tormenting him for the past three days and nights. The poverty was so extreme that there was not even Tylenol in the house to ease the pain. “Mom, I didn’t tell you, because I know that you don’t have money for a dentist, and I didn’t want to distress you. But I don’t know what to do, I haven’t slept in three days and I’m going out of my mind from the pain!”

In the morning they came to the office of Yad Eliezer and Milka was able to arrange an emergency appointment at a clinic nearby. One of the administrators of the clinic was so moved by the plight of the family that not only did she arrange for extensive dental work to be done without charge, she herself sponsored the family’s Shabbat expenses for the following year.

If you would like to get blog updates in your inbox send an email to Shalvi@yadeliezer.org with 'subscribe' as the subject.