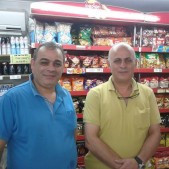 Poverty too close to home...

I first met Meir Laredo twelve years ago. I was planning to move to Tzfat (for the first time) and someone told me that the man in the local neighborhood grocery store was renting an apartment. The place suited my needs and we quickly reached an agreement.

The neighborhood that I had moved into was home to many poor young families. There are many jokes about how hard it is to make a income in Tzfat, but seeing my neighbors' electricity and water cut off was no joke. And having a neighbor ask me if I might have some Shabbos leftovers that she could feed her kids was just heartbreaking.

I had a bubbly and talkative neighbor in my building, who was quite a personality- an interesting blend of a little nosy and very warm hearted. She knew what was going on in everyone's homes, who had food and electricity and who didn't. And she cared deeply about people. She would huff and puff her way up from her first floor apartment to my fourth floor apartment with her chubby baby on her hip, and panting in my doorway she would tell me which of the neighbors was most urgently in need of help. Together we would take turns calling various people in our community to try to raise enough money to fend off the most urgent crisis. (We had to make the calls from my house because she hadn't paid the phone bill in months and decided to just leave it cut off and save the money for more pressing needs.) I remember once my friend told me that she had been at a particular neighbor's house for a short visit. The baby was crying relentlessly and finally the mother admitted that there was no food in the house and the baby had eaten only rice for the past week (as had she and the rest of the family). She showed her an empty and unplugged refrigerator and empty cabinets. My friend and I sent two older girls to go to the other neighbors and collect some food items immediately. Those neighbors had a random but satisfying dinner that night.

At one point we had the idea to ask the owners of the grocery for bags of bread, milk and cheese each week to make sure that some of the families in the neighborhood who lacked these essentials would get them at least once a week. I spoke to Meir Laredo, and he agreed to help us. With their help we would make our secret rotations each week collecting bread, milk, cheese and whatever else the brothers from the grocery gave us and leaving them by the doors of the poorest families in the neighborhood.

Years passed, many details of my life changed, and I was living in Jerusalem. I got a wonderful job in the office of Yad Eliezer witnessing the daily transformation of lives. Yad Eliezer functions on the same principles that drove me and my friend in Tzfat, but on a huge scale and with many more resources.

I was touched but not surprised when I heard Yad Eliezer's office manager on the phone with my old acquaintance Meir Laredo. When she got off the phone she explained to me that Yad Eliezer provides meat and chicken to single mothers in Tzfat, and that they send the money to Laredo who adds 10% and provides the items from his grocery to his 'special customers'. I told her about how Laredo used to help us many years earlier. Soon after I was asked to translate some thank you letters that the single moms had written to the donors who sponsored their meat and chicken, and many of the mothers mentioned that they loved shopping at the Laredo Market where they were treated as prized customers, given everything that they needed and felt cared for and respected.

Fast forward. I moved back to Tzfat. The apartment is a mess, cleaning supplies are needed urgently. I run to the neighborhood grocery and am greeted with a big smile, "Shalvi? What brings you to town? What you moved back? Wonderful! Welcome home!"

I told them that I had been working at Yad Eliezer, about how much the donors, recipients and staff appreciate their dedication and service. And then they started telling me stories.

...About the woman who only buys enough for one day at a time because there is no refrigerator in her home.


...About the woman who holds up the line every time she comes in because she can't stop blessing and thanking the anonymous donor who is providing food for her and her children.


...About the mother who speaks to them at length about everything in her life- because she has no one else who cares about her and helps her.


...About the woman who used up her quota for the month and came in day after day asking if any more money had come in for her.


...And about the woman whose husband left her when she was pregnant with her twins, and who told Meir Laredo that until she started getting Shabbos Chickens from Yad Eliezer her children had never tasted meat in their lives.

As they told me the stories they showed me the goose bumps on their arms. It is heartbreaking to know that there are so many people in desperate need. Yet it is heartwarming to be a part of the solution.

It's 5 PM. We have run out of milk and eggs. Thank G-d there is money to buy more. I send my oldest daughter with some money and a list and tell her to go to the further Grocery- Laredo's. She asks me, "Is that our new Market?"

"Yes honey. It is our new Market. And our old Market." 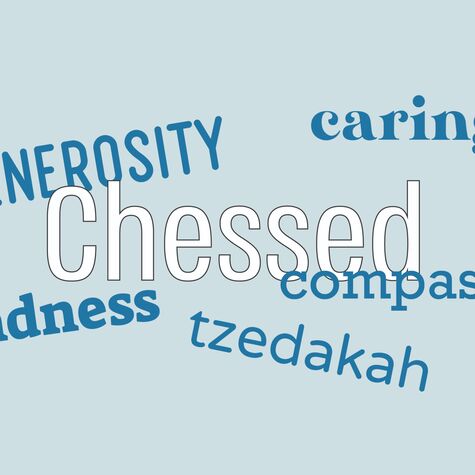 Yad Eliezer's Words of the Year

Thanks to your help 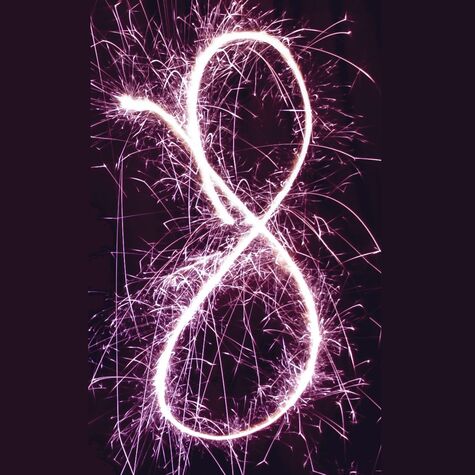 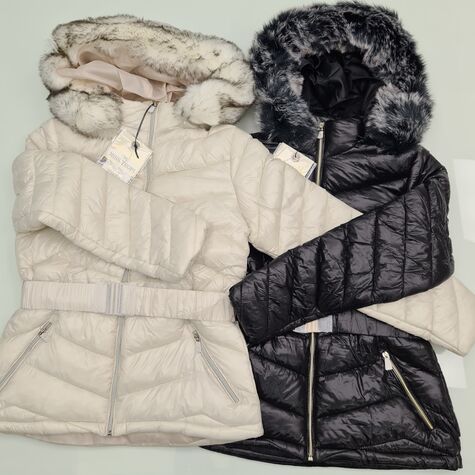 And how Yad Eliezer creates happier endings for families' stories 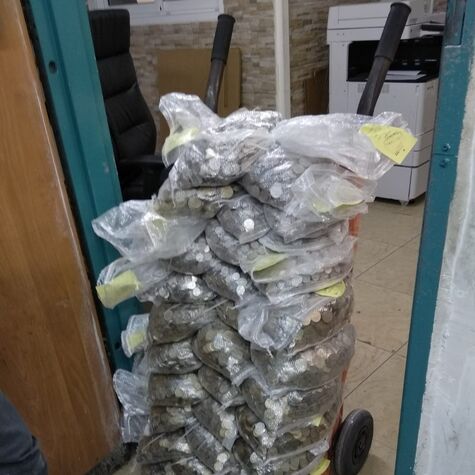 Never Underestimate the Power of Any Donation

No matter the size, it will make a difference

And Yad Eliezer is ready!