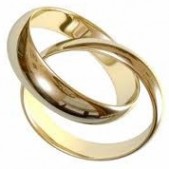 “It was the night before the wedding. The groom knew that the financial situation was bad, but his parents tried valiantly to protect him from the stark facts. How could they tell him that they had tried every avenue that they could imagine, including loans, and there simply was not any money to pay for the catering, the band and photographer? The couple was getting married with so little to start of their lives with. But the father had hoped to at least pay for the wedding without embarrassing his son. He called me. It was less than 24 hours until the wedding. What could I do? I said a prayer and called my friend at Yad Eliezer. To tell you the truth I was embarrassed to even bother him at that hour. But I couldn’t go to sleep without trying to help my friend and his son. The results were beyond my wildest imagination.” Rabbi Asher Zaritzky, a community activist from the poor community of Ofakim had done what he could. Yad Eliezer took over.

As the groom’s family washed their pillows with tears and tried to sleep a bit, Yad Eliezer’s staff called Robby, a tzedaka activist in America to see if he could help. He said that he would send half of the sum for the wedding. Before hanging up he asked if the family had anything to wear to the wedding. With a few more phone calls it became clear that the parents and siblings had no respectable clothing whatsoever, and had been planning to wear their usual rags. Robby sent another $1000 to properly outfit the family for the wedding. A few more phone calls and the other half of the wedding expenses were covered.

At 8:30 in the morning the groom’s family left their home to travel to Bnei Brak. They had a big day ahead of them! They spent the morning on a shopping spree the likes of which they had never in their lives experienced. For the first time ever the whole family was wearing dignified clothing! Guests at the wedding were surprised to see a man who had looked like a beggar transformed into the proud honorable father of the groom.

As far as the family was concerned they had won the lottery! They were able to actually enjoy the celebration of the wedding without fretting about the embarrassment that would have come at its end. Their joy and gratitude had no end.

Today I received an email in my inbox from Rabbi Zaritsky. “I saw a friend of the family’s today. He told me that he hadn’t seen the father of the groom smile so broadly in years. He was absolutely transformed. He looked like a different human being!”

We go through life day after day expecting more of the same. But every now and then something surprisingly wonderful can happen to change our lives. These types of miracles are not usually something that we have the power to bring into our own lives, but at Yad Eliezer we bring the wonderful and unexpected into the lives of others every day!